Billy Graham, Evangelist preacher, inspiration to millions of Christians and one of the ten most admired men in the world has led crusades to over three hundred cities around the globe and touched the lives of millions of followers.

A crucial part of Billy Graham’s crusades were the local choirs who, under the direction of choirmaster Cliff Barrows, sang the praise and glory of Christ at each gathering. Over the years, performances of the International Crusade Choirs have been recorded and appeared on numerous LPs or broadcast on radio. 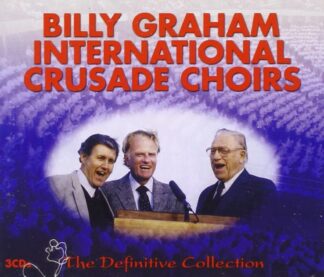 You're viewing: Billy Graham International Crusade Choirs £11.99
Add to basket
We use cookies on our website to give you the most relevant experience by remembering your preferences and repeat visits. By clicking “Accept All”, you consent to the use of ALL the cookies. However, you may visit "Cookie Settings" to provide a controlled consent.
Cookie SettingsAccept All
Manage consent