Charlie Chaplin literally fell into the genre of slapstick comedy when he was 18 years old. Long out of work and anxious to secure a part in an upcoming third-rate London production of Casey’s Circus, entering the audition Chaplin slipped, tried to right himself, slipped again, fell on all fours over a chair which then fell on him, finally sitting upright on the floor with the chair on top of him. Chaplin’s completely unintentional routine was greeted with howls of laughter by the director who immediately gave Chaplin the part.

He left England for America at the age of 22 destined to make it big in a brand new medium called moving pictures. Commencing work at Keystone Studios in late 1913, he quickly adapted to his new world. By 1916, Chaplin was commanding the largest salary $670,000 a year ever offered to a motion picture star. An instant success in Hollywood, Chaplin enjoyed a long career, accomplishing such a stellar reputation on the silver screen that he is one of few entertainers from a century ago that is recognizable today by virtually everyone. Chaplin’s legacy of his most famous character, The Tramp, is unique in its longevity and its global, intergenerational appeal.

Be the first to review “Charlie Chaplin” Cancel reply 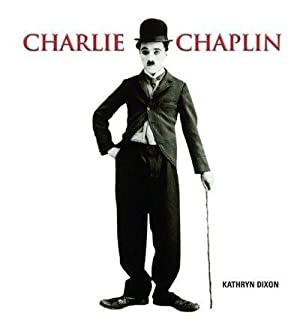 You're viewing: Charlie Chaplin £2.99
Add to basket
We use cookies on our website to give you the most relevant experience by remembering your preferences and repeat visits. By clicking “Accept All”, you consent to the use of ALL the cookies. However, you may visit "Cookie Settings" to provide a controlled consent.
Cookie SettingsAccept All
Manage consent