Jack Staples and the City of Shadows

After a near-death experience, eleven-year-old Jack awakens to a world where war has been raging since time before time. Battling fantastical creatures, Jack must face his fears if he is to fulfil his destiny. But is his destiny to save the world … or destroy it?

The Assassin is closing in. Just as Jack and his friend Alexia discover what it means to be the Chosen Ones, they each face the test of a lifetime. For Jack it is a question of trust; for Alexia, of loyalty. Everything rests on their making the right choices, and on the completion of their missions. The Assassin expects they will fail, and that they will either join him or be destroyed. It will take all of the Author’s forces, the special gifts Jack and Alexia each have, and the help of their friends, Arthur and Mrs. Dumphrey, to overcome. But when the enemy makes a key move, and an important quest proves difficult, the prophecy—that they will both destroy and save the world—seems further from coming true than ever before. 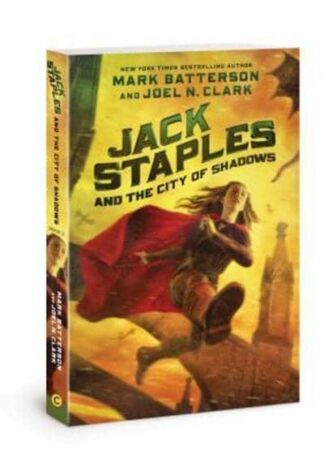