Silence is Shusaku Endo’s most highly acclaimed novel. It is the story of an idealistic Portuguese Jesuit priest, Father Sebastian Rodrigues, who in the 1640s sets sail for Japan determined to help the brutally oppressed Japanese Christians and to discover the truth about his former mentor, who is rumoured to have rejected ‘glorious martyrdom’ and apostatized. But once faced with the reality of religious persecution Rodrigues is himself forced to make an impossible choice: whether to abandon his flock or his God.

For Christians, 17th Century Japan was a dangerous place to be in this highly-acclaimed novel by Japanese author Shusaku Endo.

The story centres on the Portuguese Jesuit Priest, Father Sebastian Rodrigues, who embarks on a mission to Japan. After the recent defeat of the Shimabara Rebellion in which a number of Catholic peasants rebelled against the Shogunate, Japan’s Christians come under a period of heavy persecution.

For Father Sebastian Rodrigues this means resisting what his mentor could not: renouncing his faith, committing apostasy by stepping on a fumie (a bronze image of Jesus that was used as a test of faith, where suspected Christians were made to trample on the plaque or face execution or imprisonment).

Trying to come to terms with why his mentor would commit such an act of heresy, Rodrigues struggles with what will happens when he himself will be commanded to trample on the fumie.

Should he die for his faith, or trample and publicly renounce Christianity to save his own life?

Set during the rule of the Tokogawa Shogunate, and just before the whole country closed itself off from the rest of the world, Silence is a historical novel heralded as one of the greatest accomplishments of Japanese literature in the 20th Century and an insightful portrayal of adversity and faith in Japan’s turbulent past.

Be the first to review “Silence” Cancel reply 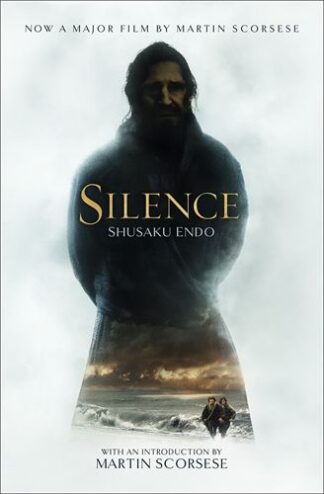