“I warned you Brenda, that’s what you get for dating a soldier – heartache. A life of heartache.” It’s an army spouse’s worst nightmare. It’s what you fear more than anything. But fear cannot prepare you for the reality, or the desperate heartache. I Married a Soldier tells the deeply moving, true story of Brenda Hale whose husband, Mark, was taken from her in an instant while serving in Afghanistan. In the midst of the grief, distress, and financial confusion caused by Mark’s death, Brenda became determined to fight for the rights of her two daughters and their futures. Her campaigning to support bereaved forces families eventually led her into politics, where she rose to be a member of the Northern Ireland Assembly. This is the powerful story of how one woman found a way through an event that threatened to crush her, by drawing on her faith in God and on a personal strength she didn’t know she had.

Be the first to review “I married a soldier” Cancel reply 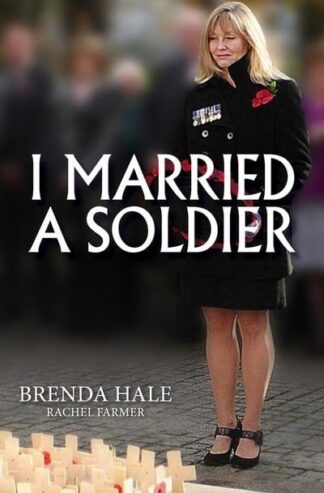