The largest (125 million euros) television production ever undertaken, sold in more than 140 countries worldwide, “The Bible Series” has received 11 Emmy and 3 Cable Ace nominations and an Emmy award for Outstanding Miniseries. Over fifteen years in development and a further ten in the making, the series’ aim was to bring the stories of the Old Testament to life for contemporary audiences using big screen film methods and the best actors and directors available.

Be the first to review “Samson & Delilah – DVD” Cancel reply 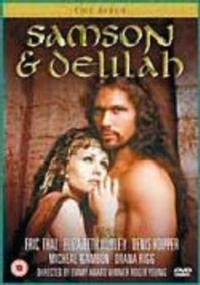