The Kingdom Choir – Stand by Me

2 billion people watched the Royal Wedding on Saturday 19th May 2018. The love and emotion in the cathedral between Harry and Meghan warmed the nation, but there was one stand out performance by the incredible The Kingdom Choir. As the Cathedral paused throughout every lyric of the beautiful delivery of ‘Stand By Me’ they made the already massive hit their own The choir’s debut album track listing includes heart-rending renditions of Beyoncé’s Halo, John Legend’s All Of Me as well as the title track of the album – their infamous take on Stand By Me.

Also on the album is a brand new, emotionally powerful ballad written by members of The Kingdom Choir called Chases. The choir was founded in 1994 by award-winning conductor Karen Gibson. The group of singers from in and around London draw from various Christian traditions and are dedicated to creating a sound that demonstrates the community they share through their warm energy and enthusiastic performance. Prior to performing in front of nearly 2 billion people at the Royal Wedding, the largest audience The Kingdom Choir had performed to was just 200 people. 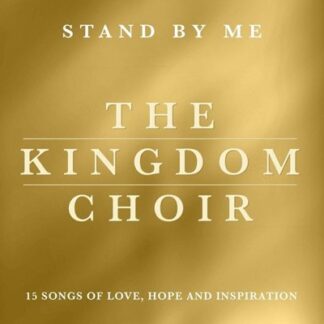