Emily Lloyd – Wish I was There

This is My Story: I Was the Golden Girl of British … My Life Fell to Pieces.

When Emily Lloyd burst onto the movie scene at 17 she was hailed as the next Marilyn Monroe. Her stunning performance as precocious Lynda Mansell in David Leland’s coming of age drama Wish “You Were Here” thrust her into the spotlight and cemented the film’s reputation as a British classic. Hollywood beckoned and Emily landed high profile roles alongside Bruce Willis and starred with Brad Pitt in Robert Redford’s Oscar-winning epic “A River Runs Through It.”

Yet beneath her smile Emily was fighting a crippling mental illness that threatened to destroy her. Now, in her searingly honest autobiography, Emily describes the incredible highs and earth-shattering low that she endured through a tumultuous acting career. She reveals how she overcame an early trauma to go on and win a BAFTA nomination, her devastating malaise that derailed her career and the shocking incident that served as a wake-up call. 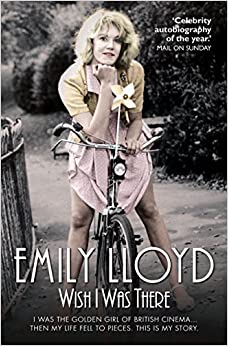