Glenn Webbe – The Gloves are Off

Shortlisted for the Rugby Writers Book of the Year at The Telegraph Sports Book Awards 2020.*

The autobiography of rugby union star Glenn Webbe. A winger for Bridgend for 14 seasons, he was the first black player to play for Wales, the first black British player to appear in a Rugby World Cup and the first of any colour to score a hat-trick of tries. His 250-plus tries in 404 matches for Bridgend gave him a strike rate second to none, and he was loved by teammates and supporters alike.

As a real ground-breaker in the sport not only in Wales but in Britain, he talks in depth about the experience of being a black player in the 1980’s and the good humour with which he faced the prejudice he encountered. He discusses what it was like to be the first person of his race to represent Wales, his experiences with prejudice and his attitude to the ignorance and racism which can still rear its ugly head in the sport today, as well as revealing many hilarious behind-the-scenes stories. 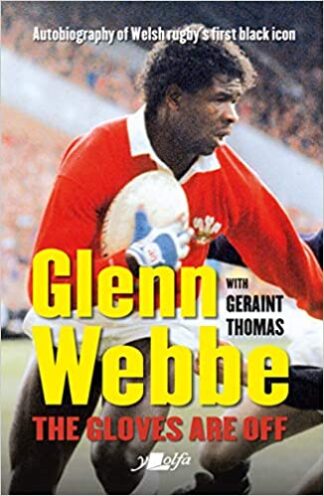