Words that Shaped the World

Great Speeches collects over forty of the most powerful and stirring addresses delivered in the English language. It captures the significant historical events of the past 400 years in the words of their participants, from those speeches given in times of war and sorrow, such as Winston Churchill’s ‘This Was Their Finest Hour’, to those delivered at moments of hope, such as Barack Obama’s election victory address. Other speeches include:

Be the first to review “Great Speeches” Cancel reply 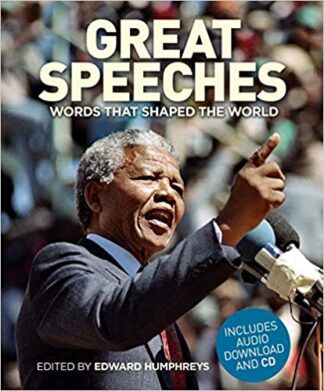