The Music of James Bond

The story of the music that accompanies the adventures of Ian Fleming’s intrepid Agent 007 is one of surprising real-life drama. In The Music of James Bond, author Jon Burlingame throws open studio and courtroom doors alike to reveal the full and extraordinary history of the sounds of James Bond, including:

· How the “James Bond Theme” was written at the last minute for Dr. No and how it became the subject of controversy, ending in a libel trial 40 years later in London’s High Court;

How Bond composer John Barry invented a new kind of action-adventure music for movies, and how despite writing immensely popular scores for “Goldfinger”, “Thunderball”, “You Only Live Twice” and eight other Bond films, he never received a single Academy Award nomination for his Bond music;

How the “Goldfinger” soundtrack battled the Beatles and “Mary Poppins” to the top of the American charts and bested both in 1965; and many more….. 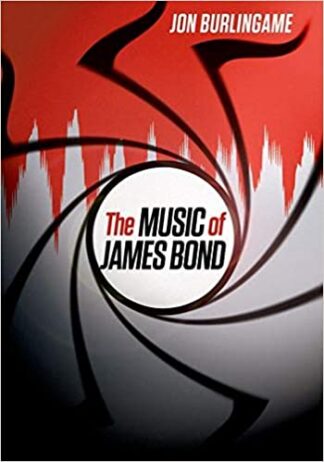 You're viewing: The Music of James Bond £4.99
Add to basket