Few locomotives are as widely known or excite so much interest as Flying Scotsman. Designed by Sir Nigel Gresley in 1923, the locomotive became a flagship for the LNER and represented them at the British Empire Exhibition in 1924 and 1925. Thus began Flying Scotsman’s fame, which only continued as the locomotive broke records, becoming the first to exceed 100mph in 1934 and taking the longest journey of any steam locomotive in 1988-89. Passing through such hands as Alan Pegler’s and Pete Waterman’s after her retirement from British Railways, Flying Scotsman is now in public hands for restoration.
Here James S. Baldwin uses his expert knowledge and unrivalled collection of images to highlight the illustrious career of this world-famous locomotive.

Be the first to review “The Flying Scotsman Story” Cancel reply 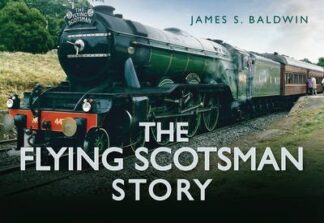