The Battle of Waterloo

The Battle of Waterloo marks an event that changed the fate of Europe irrevocably. Beautifully illustrated, it includes reproductions of contemporary letters and documents, printed on the page, and offers a beautifully written telling of the battle and compelling new treatment of the Hundred Days campaign that finally ended the career of Napoleon.

Each stage of the build-up to this decisive battle is carefully described, from the escape to the preparations for war. A topography of the battlefield complements a description of the fighting, which culminated in the rout of Napoleon’s Imperial Guard, an elite unit that had never experienced defeat.

Concluding with an examination of the consequences for the politics of Europe, The Battle of Waterloo is a detailed and visually stunning companion to one of history’s most decisive battles.

Be the first to review “The Battle of Waterloo” Cancel reply 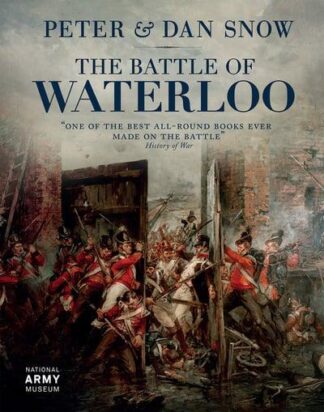 You're viewing: The Battle of Waterloo £6.99
Add to basket