Magic, Death and Glory in the Golden Age of Flight

In the early days of flight, no one imagined the aeroplane as a weapon of war. Inevitably, the First World War proved the catalyst that was to change the face of battle for ever. But at the war’s outbreak, military aircraft, most of which were slow and stable two-seat biplanes, were held to have only one useful function: reconnaissance. It was not long, however, before pilots had the idea of dropping explosives from their cockpits. Once machine guns began to be fitted to aircraft, two factors immediately became clear: reconnaissance aircraft needed to be defended, and enemy machines had to be attacked and destroyed. So was born the ‘scout’ (as fighter aircraft were known then), to be followed, before long, by the ‘aces’ who flew them.

In this wide-ranging and extremely readable study of the fighter pilot’s skills, training and experiences from the early days of flight, and the development of the machines they flew, the author, who has written widely on aerial warfare, takes the reader on a journey from the first flying machines in the late nineteenth century, to the development of the specialised fighter aircraft armed with one or more machine guns, and capable, by the war’s end, of speeds of 140mph and more. Along the way he takes in the development of the devices that allowed a machine gun to fire through the propeller arc, the coming of aerial photography and airborne wireless, parachutes, engine design, test flying and problems of flight, including the dreaded ‘spin’ that killed so many pilots, and the invention of aerial tactics such as the Immelmann Turn. 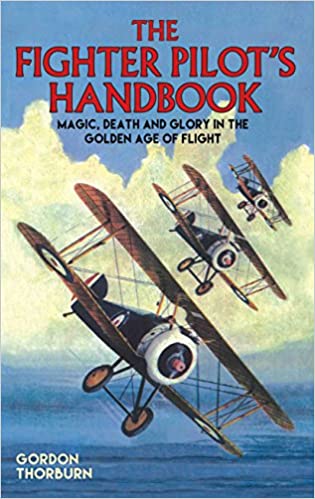