Richard Sharpe and the Vitoria Campaign February to June, 1813 : Book 14

Major Richard Sharpe awaits the opening shots of the army’s new campaign with grim expectancy. Victory depends on the increasingly fragile alliance between Britain and Spain — an alliance that must be maintained at any cost.

But Sharpe’s enemy, Pierre Ducos, seizes a chance to both destroy the alliance and take a personal revenge on Sharpe. And when the lovely spy, La Marquesa, takes a hand in the game, Sharpe finds himself caught in a web of deadly intrigue and becomes a fugitive, hunted by enemy and ally alike!

Be the first to review “Sharpe’s Honour” Cancel reply 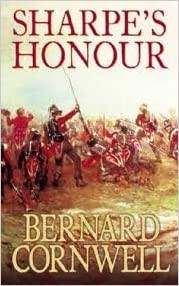