Pressed into King George’s Navy for the second time in a month, John Pearce and his comrades, the Pelicans, find themselves working aboard HMS Griffin, a slow and overcrowded ship, sailing the Channel in search of the numerous French privateers that prey on English merchant shipping. Her task: to stop them, and if possible capture or destroy them.

But Pearce has greater things on his mind. He must rescue his ailing father from the dangers of revolutionary Paris, and to do that he must somehow leave the ship. He does so with the help of Benjamin Colbourne, the captain aboard Griffin, a man with a subtle mind, who finds a way to both meet his needs and make it appear to the Pelicans that their leader has deserted them.

Arriving too late to save his father, Pearce is left with no choice but to return to the Griffin to put right the appearance of betrayal with which he left, and to learn his sea-going trade in order to exact his revenge.

Be the first to review “A Shot Rolling Ship” Cancel reply 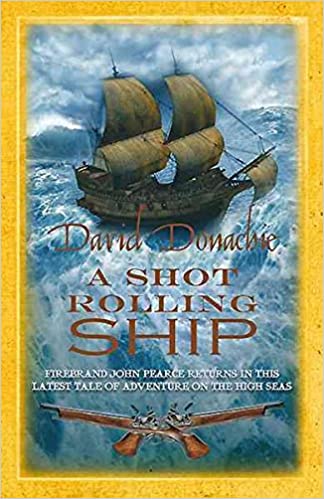