As a train speeds over the Sankey Viaduct, the dead body of a man is hurled into the canal below. Inspector Robert Colbeck and Sergeant Victor Leeming take charge of their most complex and difficult case yet. Hampered by the fact that the corpse has nothing on him to indicate his identity, they are baffled until a young woman comes forward to explain that the murder victim, Gaston Chabal, is an engineer, working on a major rail link in France.

As the case takes on an international dimension, problems accumulate. The detectives wonder if the murder is connected to a series of vicious attacks on the rail link that is being built by British navvies under the direction of a British construction engineer. Colbeck and Leeming have to survive personal danger, resistance from the French government, broadsides from their Superintendent, and many other setbacks before they solve the crime.

Be the first to review “The Railway Viaduct” Cancel reply 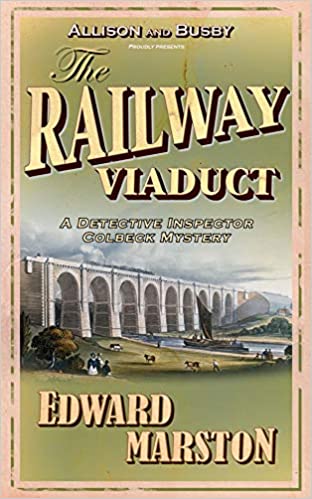 You're viewing: The Railway Viaduct £2.99
Add to basket