The Thistle and the Rose

Jean Plaidy’s Tudor series continues with the scandalous and heartbreaking story of Margaret Tudor, a princess who leaves England for Scotland and whose future was used to end war and unite kings.

When King Henry VII negotiates peace with Scotland, his daughter’s hand in marriage to James IV is the ultimate prize. A true princess, Margaret Tudor leaves her beloved England and accepts her fate unquestioningly. But to her surprise she falls madly in love with the fearsome Scottish King and, as Queen of Scotland, for a while she is happy.

But neither the marriage nor the peace are to last. When James IV is defeated in battle by Margaret’s own brother, the widowed Queen is torn between fleeing to her home and staying to protect her son’s future as the new King of Scots. It seems that once again Margaret’s destiny is not to be her own… 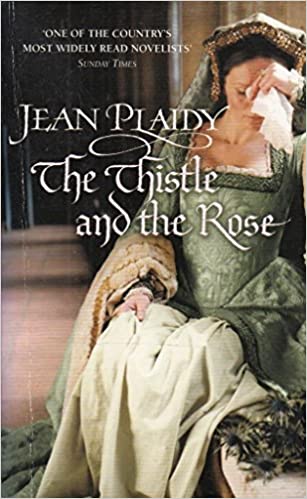 You're viewing: The Thistle and the Rose £2.99
Add to basket