Think you know Dahl? Think again. There’s still a whole world of Dahl to discover in a newly collected book of his deliciously dark tales for adults . .

In war, are we at our heroic best or our cowardly worst? Featuring the autobiographical stories from Roald Dahl’s time as a fighter pilot in the Second World War as well as seven other tales of conflict and strife, Dahl reveals the human side of our most inhumane activity.

Among other stories, you’ll read about the pilot shot down in the Libyan desert, the fighter plane that vanished inside a mysterious thick white cloud and the soldier who returns from war but has been shockingly changed by his experiences.

Roald Dahl reveals even more about the darker side of human nature in seven other centenary editions: Lust, Madness, Cruelty, Deception, Trickery, Innocence and Fear.

Be the first to review “War” Cancel reply 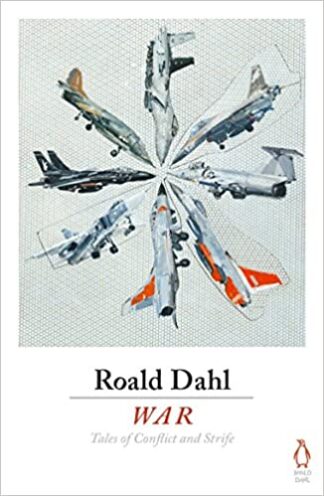