A gripping Temperance Brennan novel from world-class forensic anthropologist Kathy Reichs, the international no. 1 bestselling crime thriller writer and the inspiration behind the hit TV series Bones. Dr Temperance Brennan spends her life working amongst the decomposed, the mutilated and the skeletal. So the two-days-dead body she is called to examine holds little to surprise her. Until she discovers that the man is John Lowery, an ex-soldier who was apparently killed in Vietnam in 1968. So who is buried in Lowery’s grave.

The case takes Tempe to the heart of the American military, where she must examine the remains of anyone who may have had a connection to the drowned man. It’s a harrowing task, but it pays off when she finds Lowery’s dog tags amongst the bones of a long-dead soldier. As Tempe unravels the tangled threads of the soldiers’ lives and deaths, she realises there are some who would rather the past stayed dead and buried. And when she proves difficult to frighten, they turn their attention to the one person she would give her life to protect.

Be the first to review “Spider Bones” Cancel reply 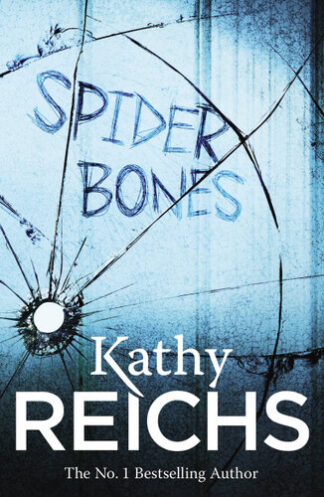