A wonderful story of love, intrigue and snobbery set in Ayrshire in the 1930s.

Christine Summers is a pretty young teacher in a country school and the apple of more than one man’s eye.

But Christine has no intention of sacrificing her independence to marry anyone, least of all Charley Noonan, the rough-tongued young farmer who has been pursuing her for years. When she meets lonely widower Alan Kelso, however, Christine finds herself falling in love.

Alan has also caught the eye of pony breeder Beatty McCall. Passionate, experienced and unscrupulous, Beatty is willing to offer him more, it seems, than Christine can ever hope to match. But sometimes all it takes to fall in love is dancing to the Paradise Waltz…

Rich in tangled affections and intriguing characters, in THE PARADISE WALTZ Jessica Stirling captures all the pain and humour of life in a small, gossip-ridden village in the time between two world wars when wireless and the cinema were changing everyone’s ideas about romance.

Be the first to review “The Paradise Waltz” Cancel reply 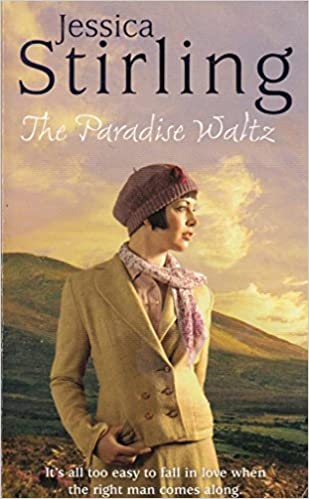