he Angry Tide is the seventh novel in Winston Graham’s hugely popular Poldark series, which has become a television phenomenon starring Aidan Turner.

Cornwall, towards the end of the 18th century. Ross Poldark sits for the borough of Truro as Member of Parliament – his time divided between London and Cornwall, his heart divided about his wife, Demelza.

His old feud with George Warleggan still flares – as does the illicit love between Morwenna and Drake, Demelza’s brother.

Before the new century dawns, George and Ross will be drawn together by a loss greater than their rivalry – and Morwenna and Drake by a tragedy that brings them hope . . .

The Angry Tide is followed by the eighth book in the Poldark series, The Stranger From The Sea.

Be the first to review “The Angry Tide” Cancel reply 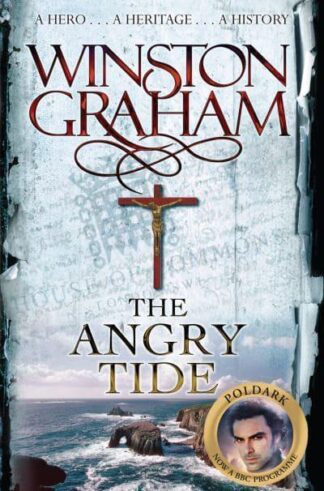 You're viewing: The Angry Tide £2.99
Add to basket