Henry VII once warned his son, the future King of England, not to trust Thomas More; years later that same son made More his confidante and advisor. But the allegiance is dangerously one-sided. A family man, lawyer and writer, More’s ambitions are humble, whilst Henry’s are endless.

As More’s career at court rises so too does his religious fervour, much to the concern of his eldest daughter, Margaret More. Meg, as she is fondly called, is torn between her heretic husband and the secrets her father has confided in her, and already fears that one day her father will make the ultimate sacrifice for his faith.

Be the first to review “Saint Thomas’s Eve” Cancel reply 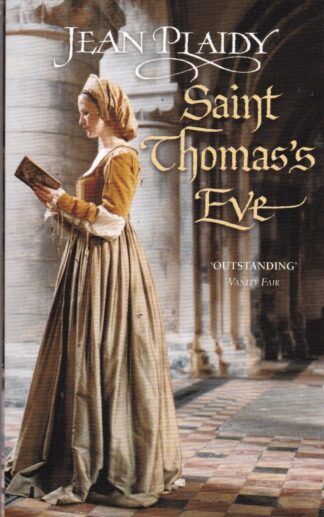 You're viewing: Saint Thomas’s Eve £2.99
Add to basket
We use cookies on our website to give you the most relevant experience by remembering your preferences and repeat visits. By clicking “Accept All”, you consent to the use of ALL the cookies. However, you may visit "Cookie Settings" to provide a controlled consent.
Cookie SettingsAccept All
Manage consent