A vicious rivalry threatens to cause chaos for Lord Westfield’s Men when the onstage duels between Owen Elias and Sebastian Carrick become ever more realistic. However, it is an axe that splits open Sebastian’s head one night in a Clerkenwell alley. Company book holder Nicholas Bracewell, accustomed to damage control, begins to investigate the victim’s death and learns that in life, he was prone to make enemies from his weakness for women and his unwillingness to settle his debts.

A web of deception has in fact been spun that stretches from lowly to high ranking courtesans, all the way to the Virgin Queen.

Be the first to review “The Mad Courtesan” Cancel reply 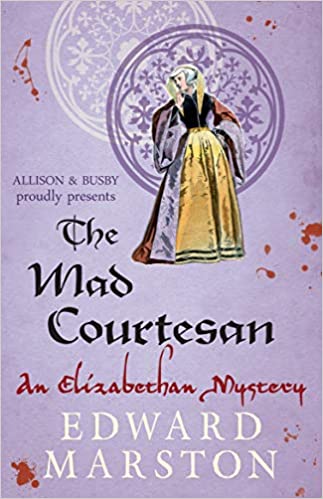 You're viewing: The Mad Courtesan £2.99
Add to basket
We use cookies on our website to give you the most relevant experience by remembering your preferences and repeat visits. By clicking “Accept All”, you consent to the use of ALL the cookies. However, you may visit "Cookie Settings" to provide a controlled consent.
Cookie SettingsAccept All
Manage consent