The fiery star of the company of players called Lord Westfield’s Men, Laurence Firethorn, is hot for a lady, wife of the Lord Mayor elect. A tryst at London’s Nine Giants Inn is arranged. Meanwhile, the lugubrious landlord of the actors’ home base is laid even lower by a plot to take over ownership of the inn. A young apprentice actor is subjected to a horrible assault and a waterman pulls a mangled corpse from the Thames. The drama comes to a climax at the annual Lord Mayor’s show as his barge moves grandly down the river….

Be the first to review “The Nine Giants” Cancel reply 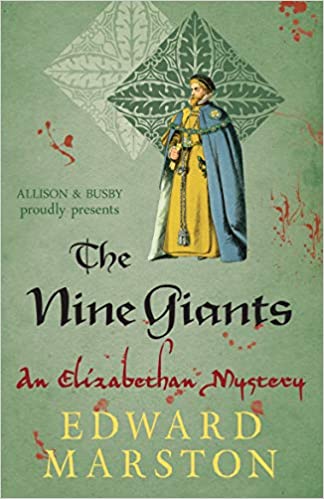 You're viewing: The Nine Giants £2.99
Add to basket
We use cookies on our website to give you the most relevant experience by remembering your preferences and repeat visits. By clicking “Accept All”, you consent to the use of ALL the cookies. However, you may visit "Cookie Settings" to provide a controlled consent.
Cookie SettingsAccept All
Manage consent