Armistice Day, London, 1918. Fiercely independent Georgie is tired of being told what’s best for her by men. When she defies her father’s wishes by going out into the peace festivities, she tries to help a woman being attacked and encounters Patrick, a gallant, wounded ex-soldier looking for a new calling now that the fighting is done. But the war isn’t over for everybody. Enemy forces have infiltrated the bureau and sent her father into hiding. And they are coming for her too. Georgie knows there’s only one place where she’ll be safe: Honeyfield. But there are traitors in the bureau and she doesn’t know who she can trust.

Be the first to review “Peace Comes to Honeyfield” Cancel reply 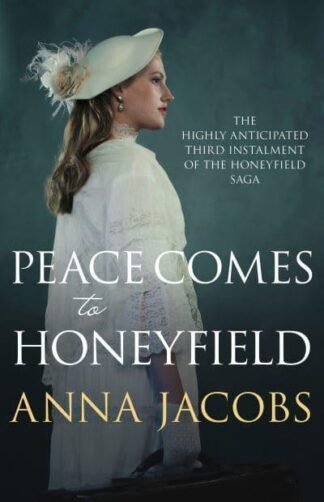 You're viewing: Peace Comes to Honeyfield £2.99
Add to basket
We use cookies on our website to give you the most relevant experience by remembering your preferences and repeat visits. By clicking “Accept All”, you consent to the use of ALL the cookies. However, you may visit "Cookie Settings" to provide a controlled consent.
Cookie SettingsAccept All
Manage consent